Our running method - is it cheating?? 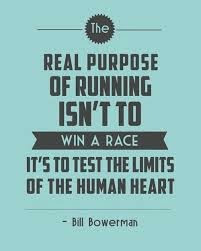 So I have been pondering this fact for awhile. Since we reached 10k in our training we have adopted the Running Room's method of 10:1 intervals for our long runs. Runs before this were all straight through with no stopping or breaks.

For those of you not familiar with this method, here is a rundown from the Running Room creator John Stanton. This is taken directly from their Web site:


A friend of mine has successfully completed several races with this method and with good times so I figured I would give it a try. I also read other running blogs from ladies who seem to be at my same fitness level that also use this method successfully.

I have to say that I really like it and it works really well for me. My Hubby also thinks it is a great method. We find that we are finishing long runs feeling stronger, and our pace times overall are about the same if not better. Mentally it has been great for me as it breaks the run down for me. I feel a lot better in my body and my mind after finishing long runs which is exactly what this method wants to achieve! So how can I go wrong with this??


Well the thought entered my mind if I am not running the entire time, am I really "running" a race?  Am I less of a runner? Is this cheating in some way?


I knew I was being silly but I am guilty of constantly needing to be validated. What can I say, I am always battling with insecurity. So I googled it and got some of these testimonials:

-  I been following the walking breaks thing for years...(25 actually) ...
Here's my take: I used to think if you walked you really didn't do it. Most of the folks I ran with felt the same.Walking or taking breaks was a sin. Due to an injury, I sort of had to do it in a race...finished with a reasonable time and couldn't believe how good I felt compared to previous outings.
I read about Boston Bill Rodgers walking through aid stations, stopping to tie his shoes and such on the way to a win at Boston in the 70's. WALKING through aid stations!...I started to do it. It worked for me. Jeff Galloway comes along and puts the philosophy into fine form. He studies it and makes it do-able and understandable for everyone.
I'm a big believer in walking breaks. It allows me to go farther and recover quicker than when I was in my 20's and 30's.
Remember those folks I mentioned who believed that walking was a sin? They don't run anymore. They trashed themselves, had knee replacements and the only thing they can do now is walk.
10 x 1 works fine, but better yet find what works for you

-  I think walking breaks work really well for a lot of people. I have a friend who is a pretty reasonable marathoner (3:20) who swears by the 10/1 thing. I have tried to make it work for me, and it really doesn't (for me, that is). In order to average the same time, I have to run at a faster pace, and I can never seem to get back into it after each walking break. I'm one of those people who feel crappy at the start of a run and a whole lot better after 30 - 60 minutes. With the walk break, it seemed like the whole run just felt crappy. But like I said, I know lots of people that it works very very well for.

-  I tried something similar to this for the first time today on my 65 min run and it was great. I stopped about every 15 mins based on where there was shade or water on my path and at the end of my run I had a lot more energy than usual. I have my first triathlon this upcoming Saturday and I know for sure I will be trying this out.

-  I do not walk when doing a stand alone marathon. I tried walking the hydration stations once and it was not beneficial. It took too long to get back on pace. I do believe in breaks during long training runs to refuel and stretch.

-  From the way it felt, though, the walk breaks helped. It gave me confidence to push to the end of my run segments, knowing I had a break coming. And after the break I felt refreshed and ready to go another round. The last 10 minutes felt great, where usually if I'm running straight through I feel pretty dogged.

From Jeff Galloway-  By using muscles in different ways from the beginning, your legs keep their bounce as they conserve resources. When a muscle group, such as your calf, is used continuously step by step, it fatigues relatively soon. The weak areas get overused and force you to slow down later or scream at you in pain afterward. By shifting back and forth between walking and running muscles, you distribute the workload among a variety of muscles, increasing your overall performance capacity. For veteran marathoners, this is often the difference between achieving a time goal or not.


-  Just an update on all of this... I've kept up the walk breaks, it's been about a year now with them. Ran (walked?) my first full marathon in October with them, went well.

I ran a 1/2 marathon yesterday that I had run last year.
2008- 1:53:55 (no walk breaks)
2009- 1:49:17 (walk breaks)
... and conditions this year weren't as good (some snow-covered sections, lots of wind).
OK, so I'm not lighting the world on fire... :) I know a lot of people much faster than me who probably wouldn't benefit from the walk breaks. And some of that decrease in time is due to fitness, I'm in better shape this year for sure. But the race felt so much more in control this year, I had energy right to the end. (I also intentionally negative split this race which was probably another factor).

-  Walking is for pussies!

I was also reading a blog from a woman my age who would feel so bad at the end of 90% of her races that she would be dry heaving and puking and having to see a medic and feel sick for hours after. Why would anyone want to do that to themselves. I believe in pushing past your limits but not to that extreme!

I have come to the conclusion that everyone should just do what works best for them. I feel like this method will help me to stay healthy for long term running. I am an old hag at 42 after all and don't want to trash my body yet! It will keep me confident, help me recover faster and prevent any injuries that could stop my running altogether. Hell I am still getting out there and doing it so who is anyone to question how I choose to complete it. In a 2 hour run, I am still running for 110 minutes! That's bad ass in my eyes! : )