Since our last 16k I haven't posted any weekly workout updates. That's probably because there's not much to report!! Workouts have not been as regimented as in the past. Not that we were trying to slack off, I was just not feeling 100%.

I got a little chest cough that's been bugging me. When I first got it I was feeling quite tired and feverish and then it just developed into a really annoying wet cough that is still lingering.  As we are leaving for our vacation to France next week I can NOT be sick! I was super worried about bronchitis as I have gotten it a few years in a row in the past and am susceptible to it.  So Hubby is making sure I take it easy and rest as much as possible. So far it isn't too bad and I sleep well at night. Fingers crossed!!!

I know being healthy is important right now but I hate being off my training schedule. Although compared to the SeaWheeze Training App we are quite a bit ahead of schedule so that makes me feel a bit better. Having that 16k under our belt feels good!

Speaking of the SeaWheeze training program, I had a look and they are only doing 50m hill repeats!!! We have been doing 400m ones!! I am so jealous! Now I don't feel so bad that Wicked Wednesdays have gone to the wayside a bit! 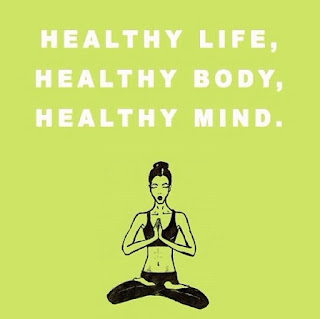 So last week we decided to try a Yoga class as I have heard how good Yoga is for runners. We are lucky to have found a class right next door to where we live!! So convenient so we have no excuse! We did a drop in on Tuesday night not knowing what to expect as we have both done maybe a couple of yoga classes ever and that would have been years and years ago. It turns out it was a Flow Yoga class  in which movement is synchronized to the breath. It has a fast-paced fitness approach as we move through a series of poses on an inhale or exhale. Perfect for us!

So the verdict is - we LOVED it!!! We are going to continue with it as much as possible during our training and think it will be so good for us. It is such a nice change of pace too. This class was NO JOKE! We were sweating, and grunting and groaning as we tried to hold some of the crazy poses. Some of them take a lot of flexibility, strength and balance. Our instructor was great. She has such a calming sweet voice and our jaws hung open as we saw her hold some poses that didn't look humanly possible. We had fun trying though. No wonder people get so cut from doing yoga! So much strength is involved which I need to work on so this is great for me! And the stretching we do! OMG I didn't know parts of my body could stretch like that! Feels so good on all my tired, overworked, sore muscles.


And who knew my Hubby was a yogi in hiding!? WTF!? He was SO good! I had no idea he was so flexible! He was holding poses that shocked me. He was the only one who could do the crow pose and was showing off! He was making me look bad lol!


At the end of the hour long class we had a nice relaxation period and felt so refreshed and rejuvenated after. Loved it! Yay! This will help with centering, breathing, strength and stretching. I can honestly say I will look forward to every Tuesday night!

I started feeling crappy on Wednesday of last week. Perfect timing for Wicked Wednesday - my body must be trying to tell me something! I still wanted to get out there so we decided to do much easier hill repeats closer to home. Well Richmond doesn't have a lot of choices so we just ran back and forth across a small bridge with inclines on both ends. Well my lungs felt pretty crappy so I had to stop at about 4k. Also Hubby was wearing some very fragrant sunscreen that I kept getting a big noseful of since it was a very windy day. Since I am extremely sensitive to smells it made me very nauseous. Oh well, at least we got out there. I think our pace was about 6:30. Bleh.

And that was it for last week. No other workouts, not good. Double bleh! FAIL!